There is a reason why organic, natural foods and unprocessed foods are making a comeback. People want to know what they’re putting in their kids’ bodies as well as their own.

To build a healthy eating style and stay within your calorie needs, choose foods and beverages with less added sugars. Added sugars are sugars and syrups that are added to foods or beverages when they are processed or prepared. This does not include natural sugars found in milk and fruits.

Most of us eat and drink too many added sugars from the following foods:

Today, products that do not claim to have less-sugar that are in fact sweetened with sugar, may also contain artificial sweeteners. And since food manufacturers are not required to notify you on the front of the package when a product contains an artificial sweetener, consumers may need to check the ingredient list carefully. Here is an example of full calorie hot chocolate that contains the same artificial sweetener as its reduced calorie counterpart.

Here are the different types of sweeteners which are classified into Natural ,Artificial sweeteners and Sugar alcohols.

These are sugars obtained from natural sources.

After the initial boiling of sugar cane juice, it is treated with charcoal (preferably bone charcoal) to absorb unwanted particles and to give a clear, transparent solution. This solution, once it condenses and crystallizes, results in the commonly known form of sugar.Refined white sugar is a simple carbohydrate with lots of calories, no dietary fiber. Being one of the simplest available forms of sucrose, sugar is instantly absorbed in the blood and releases a burst of energy. This may prove harmful for some internal organs such as the kidneys, eyes, and brain, particularly for patients with diabetes. 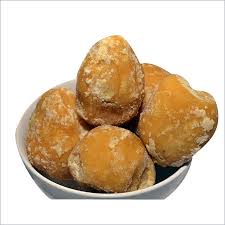 In the case of jaggery, there is no treatment with any kind of charcoal, nor there is any kind of crystallization. For jaggery, the mother syrup is boiled and boiled continuously until it is formed into a thick paste, which is then poured into molds to make blocks of jaggery of the desired quantity.

Jaggery is far more complex than sugar, as it is made up of longer chains of sucrose. Hence, it is digested slower than sugar and releases energy slowly and not instantaneously. This provides energy for a longer time and is not harmful for the body. However, this does not certify it as fit for consumption by diabetes, because ultimately, it is still sugar. Jaggery also gathers a considerable amount of ferrous salts (iron) during its preparation, as it is prepared in iron vessels. jaggery also contains of traces of mineral salts which are very beneficial for the body.These salts come from the sugar cane juice where it is absorbed from the soil. Furthermore, jaggery is very good as a cleansing agent. It cleanses the lungs, stomach, intestines, esophagus and respiratory tracts. Those who face dust in their day to day life are highly recommended to take a daily dose of jaggery. This can keep them safe from asthma, cough, cold, and congestion in chest.

It is a viscous by-product of refining sugarcane or sugar beets into sugar. Molasses contains no protein or dietary fiber and close to no fat. Each tablespoon (20 g) contains 58 kcal (240 kJ), 14.95 g of carbohydrates, including 14.94 g of sugar divided between sucrose, glucose and fructose in rough proportions of 2:1:1.

Brown sugar is a sucrose sugar product with a distinctive brown color due to the presence of molasses. It is either an unrefined or partially refined soft sugar consisting of sugar crystals with some residual molasses content (natural brown sugar), or it is produced by the addition of molasses to refined white sugar (commercial brown sugar). As there is more molasses in natural brown sugar, it contains minor nutritional value and mineral content.

One hundred grams of brown sugar contains 373 calories, as opposed to 396 calories in white sugar.

Fructose or Fruit sugar is a simple sugar found in many plants.Fructose is found in honey, tree and vine fruits, flowers, berries, and most root vegetables.

High fructose corn syrup (HFCS) is also a sweetener and is used to sweeten foods and beverages.  However, HFCS is not the same as fructose.  HFCS is a mixture of fructose and glucose, made by an enzymatic process from glucose syrup from corn.

Unlike table sugar or HFCS, fructose does not cause a rapid rise and subsequent large fall in blood glucose levels, which means it has a low glycemic load or glycemic index (GI).

It is similar to table sugar. Pure raw honey (not heated above 100 degrees) contains small amounts of vitamins, minerals, enzymes, flavonoids and antioxidants. Some research suggests that honey helps in the treatment of gastrointestinal disorders. Honey is as rapidly assimilated in the bloodstream as refined sugar, so is not highly recommended.

Date sugar is not really a sugar as it is made from ground, dehydrated dates containing all the vitamins, minerals and fiber found in the fruit. Date sugar is rich in nutrients and is metabolized more slowly than sugar.

Coconut sugar is made in a natural 2-step process:

Coconut sugar does retain quite a bit of the nutrients found in the coconut palm.Most notable of these are the minerals Iron, Zinc, Calcium and Potassium, along with some short chain fatty acids, polyphenols and antioxidants that may also provide some health benefits.

It contains a fiber called inulin, which may slow glucose absorption and explain why coconut sugar has a lower glycemic index than regular table sugar. Coconut sugar is very high in calories (same as regular sugar).

Since palm sugar is an unrefined sugar, it is known to be rich in vitamins and minerals. As a result, it has become increasingly popular as a substitute to white and brown sugar. Research studies have found that it contains minerals like potassium, phosphorus, zinc,iron, manganese and copper; small amounts of phytonutrients such as polyphenols, flavonoids and anthocyanidin; and antioxident. It is rich in B vitamins, especially inositol (Vit8) which is needed for the formation of healthy cells, as well as thiamine, riboflavin, folic acid and choline. It contains the same 16 amino acids as present in the sap from which it is derived.

Maple syrup is made from the sap of sugar maple trees. Less refined than white sugar, but at roughly 65 percent sucrose, is basically a sugar equivalent. It has a tiny amount of minerals and a very tiny amount of vitamins.

Barley malt syrup is made from barley that is sprouted using only the grain’s own enzymes, kiln roasted, and slowly cooked until a thick, dark brown syrup is formed. The sugars in barley malt syrup are complex, thus they are slowly broken down in the body. It has trace amounts of vitamins, minerals and protein. Barley malt syrup, like rice syrup, will not create a sugar high like the simple sugars do as it releases slowly.

Brown rice syrup is made from cooked brown rice, which is fermented by adding enzymes to turn the starches in the rice into sugars. Brown rice syrup is absorbed easily into our system, leaving less for fat accumulation in contrast with regular sugar. It is a complex sugar thus takes longer to digest and does not create the sugar high that the simple sugars do.

AgaveNectar is a juice extracted from agave (which is the same plant they make tequila from). It is 42 percent sweeter than white sugar but has the same caloric value and a low glycemic index — a measurement of the relative ability of a carbohydrate to raise blood glucose levels. It also has an absorption rate slower than that of white sugar.

Stevia is a natural sugar alternative that helps to regulate blood sugar and lower blood pressure. Stevia is a complex sugar extract from the plant Stevia Rebaudiana, grown originally in South America. It is an herb native to the Paraguayan Indians who used it before the colonization by the Spaniards in the 16th century. The Brazilian Journal of Medicine showed that Stevia Rebaudiana actually “increased glucose tolerance.” 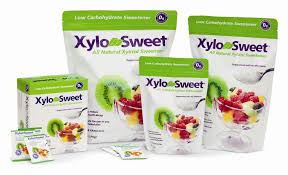 The sugar alcohols commonly found in foods are sorbitol, mannitol, xylitol, isomalt, and hydrogenated starch hydrolysates. Sugar alcohols come from plant products such as fruits and berries. The carbohydrate in these plant products is altered through a chemical process. These sugar substitutes provide somewhat fewer calories than table sugar (sucrose), mainly because they are not well absorbed and may even have a small laxative effect.

So the next time you pick up a dietetic food labeled “sugar free” be sure to check the label to see if these sugar alcohols are listed. Most importantly, be sure to check what the total carbohydrate content is per serving of any food, and incorporate that carbohydrate in your overall meal plan. If the product contains any total carb grams, it may likely come from sugar alcohols.

Published by Care Through Nutrition

Hai I am a diet consultant interested in giving people the awareness about healthy eating habits and also keen to tell the public not to forget the traditional food habits which are healthy when compared to now. View more posts

One thought on “Must to know and Interesting facts about Added sugars or Sweeteners!!!”